Pape Nature Park is located in Nica and Rucava Municipalities, Liepāja District, SW Part of Latvia. It was established in 2004. The nature park is designated as EU Natura 2000 site. The total size of the nature park is 10 853 ha. 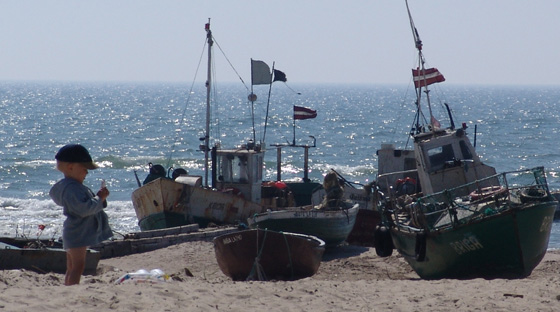 The basic colouring of the sea here is greenish, not bluish. There is kelp and red algae vegetation in the depth of 7-20 m of the sea. The red algae Furcelaria lumbricalis is a substratum for the Baltic herring spawn.

Park is unique in the diversity of ecosystems concentrated in a relatively small territory, as well as gorgeous sights – the coast of the Baltic Sea and its dunes, Lake Pape, Nida bog – places where many protected plant, animal and bird species, as well as wild horses, auroxen and European bison can be found.

The Lake Pape Area is an internationally significant breeding, migrating and wintering site for many birds, and is included in the list of Important Bird Areas in Europe. The region around Lake Pape is home to lynx (Lynx lynx), Eurasian Beaver (Castor fiber), Wild boar (Sus scrofa), and other large herbivores. Migrating dunes – rare on the Baltic coast – remain intact on some parts of the coastline.

In the Park’s territory there are also several villages where up to this date rich Latvian cultural heritage can be found.

The total size of the nature park is divided into 3 functional zones:

1. Nature Reserve zone to protect the Lake Pape, Nida Bog ecosystems and high coastal dunes in the NW part of the nature park.

2. Nature Park zone is created as buffer zone for nature reserves and according the legislation sustainable development trends should be applied to this territory. The Baltic Sea part is important waterfowl wintering areas (Important Bird Areas) in Europe.

3. Neutral zone is created to protect the traditional historical-cultural values of the local fishermen villages and traditions.

Help us to protect the nature park!

If you notice that the park or one of its encounterable species are being ravaged, please call +371 67509545 (Nature Conservation Agency).

Live broadcast from the grazing land of wild herbivores

Welcome to the Lake Pape area where wild horses, auroxen and European bison are restoring natural landscape of Europe!