The European bison was formerly an animal living in the deciduous woods and meadows of the temperate zone from British Isles throughout the whole Europe across to Siberia. However, bison were not savoured by humans; therefore these formerly widespread animals now are found in the wild only in a few places of Europe – Lithuanian, Belarus, Russia, Poland, the Ukraine, Romania and Slovakia. Since 2007 – bison roam free as well in Latvia, in Pape area.

The European Bison is the largest mammal found on the European continent.  Its weight is 300 to 920 kg, the body length 290 cm, shoulder height 180 to 195 cm, tail length 80 cm. The bison bulls are bigger than the cows but both have short horns. Bison have a thick, dark brown or golden fur. The neck is short and wide, with a typical hump. The neck is made even wider by the long fur forming a short mane under it. There is a mop of curly fur on the short part of the broad forehead and a short beard growing on the chin. When winter is approaching, the fur grows thicker.

The feeding of the bison depends on the season. It is mostly grazing (grazing takes up to 95% of the feeding period) but sometimes it also gnaws offshoots or bark. This happens often in the spring, when no herbs or new offshoots are available. In summer, when there is plenty of food, the adult bulls can eat up to even 32 kg of food a day, but the cows only 23 kg. The bison feeds mostly on grass, sedge, moss, tree and bush bark, ferns and mushrooms.

The behaviour of the bison also depends on the season. In winter, bison live in flocks and spend about 60% if the day resting, 30% - feeding and 10% moving. The radius and distance of movement depends on the season but, when looking for food, the flock moves every day. All bison of the flock behave very coordinated, sometimes following the example of the main cow of the flock. Movement is mostly connected with the searching for water. During winter, bison receive the necessary water by eating the snow, breaking the ice or drinking from brooks. When the snow is melting, bison divide into smaller flocks of about 20 bison in each. There are two kinds of flocks: the bull flocks and flocks of the cows and calves. Usually the same cows join in on flock year by year.

The rutting time of wild bison lasts from Augusts until October. Adult bulls live alone for the largest part of the year. In this particular period, however, they leave the forest and join the cow and calf flocks in order to begin the rut. The bulls move among the cow flocks in order to find a suitable cow. The bull remains in the presence of the cow and does not let it to return to the flock, and guards it from other bulls. During this period fights often occur among the bulls, frequently resulting in serious injuries. Calves are born about nine months later, usually from May to July. When calving time comes, the cows leave their flocks.

The calves can already walk just a few hours after being born. The lactation lasts about a year but, if the cow does not have new calves, it can last until the following year. Both bulls and the cows reach their sexual maturity in the third or fourth year. The cows usually have the first calve in that age but the bulls sometimes need a longer period for maturing and reach the ability to copulate successfully. The cows calve every year or mostly every second year. The average lifespan of the bison is 25 years. 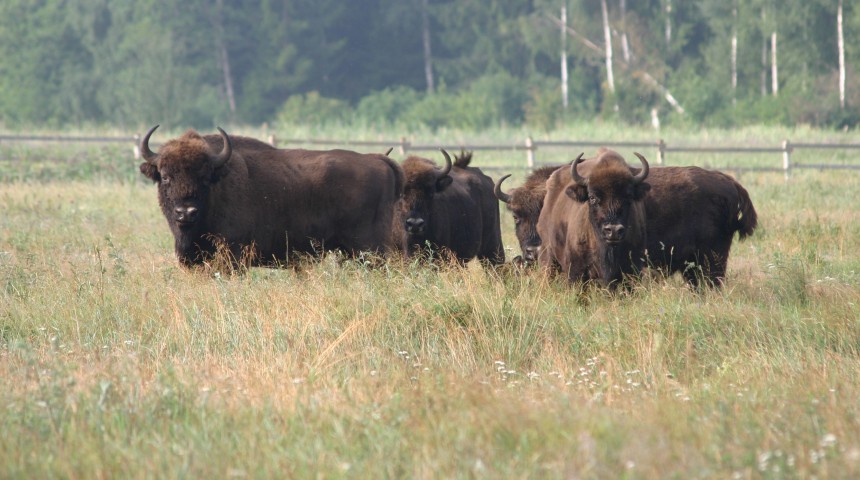 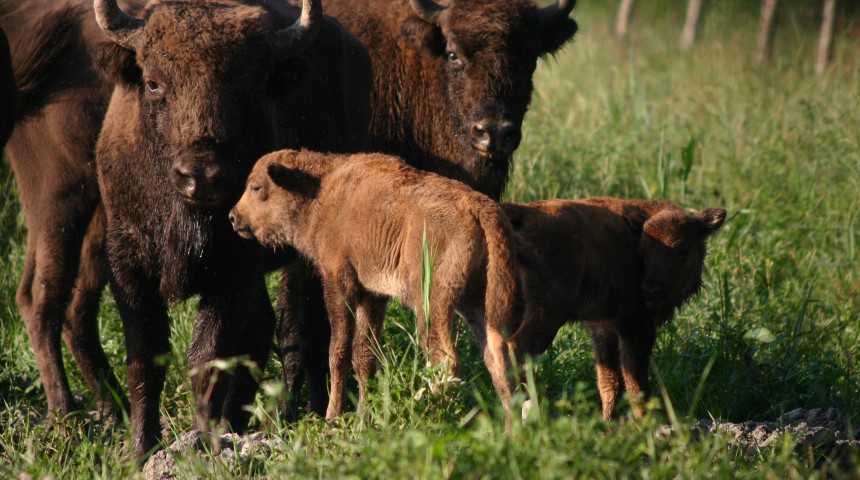 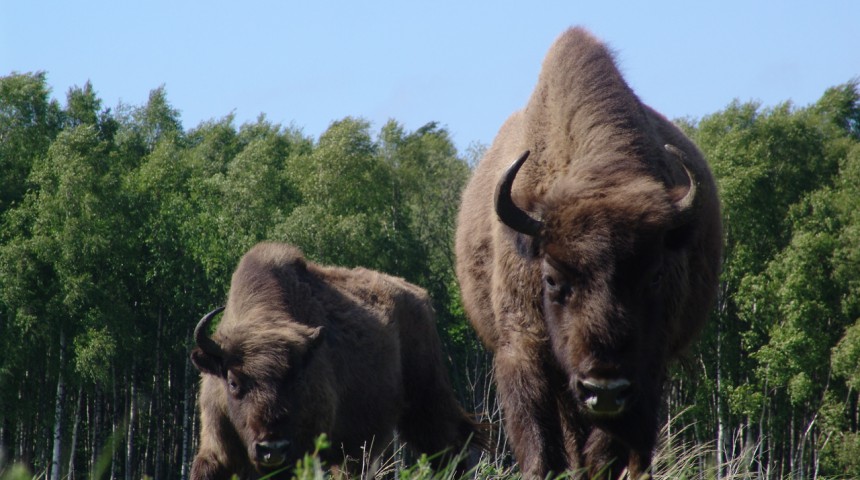 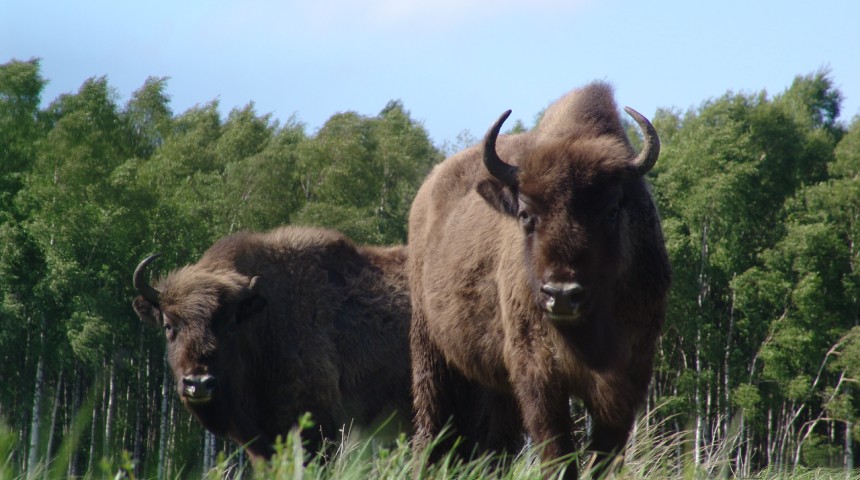 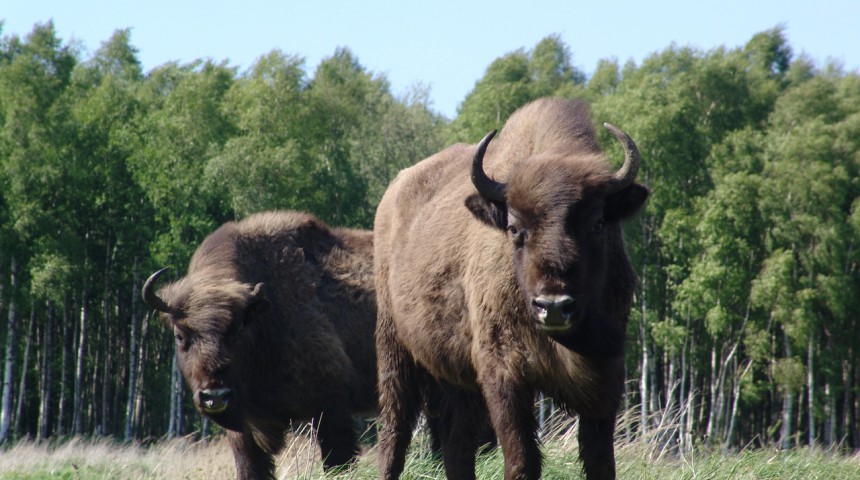 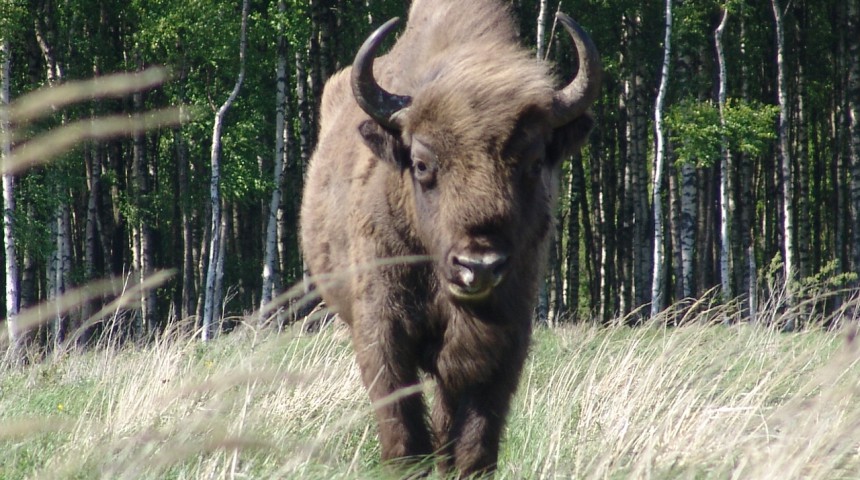 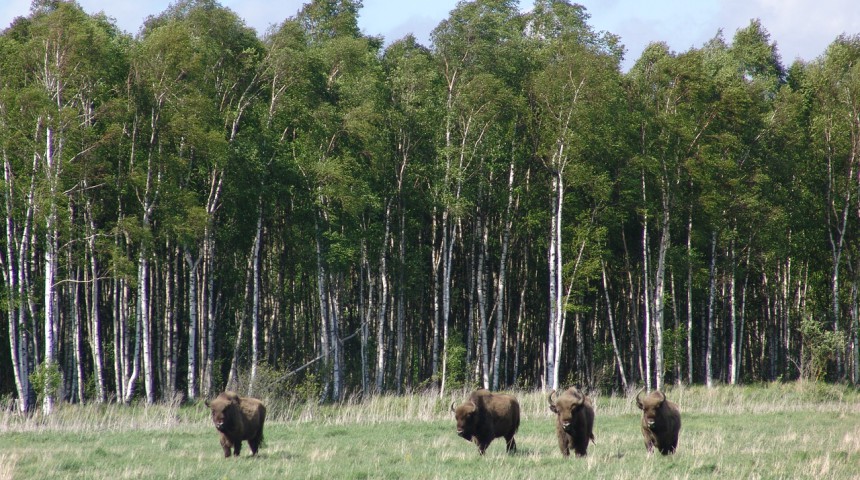 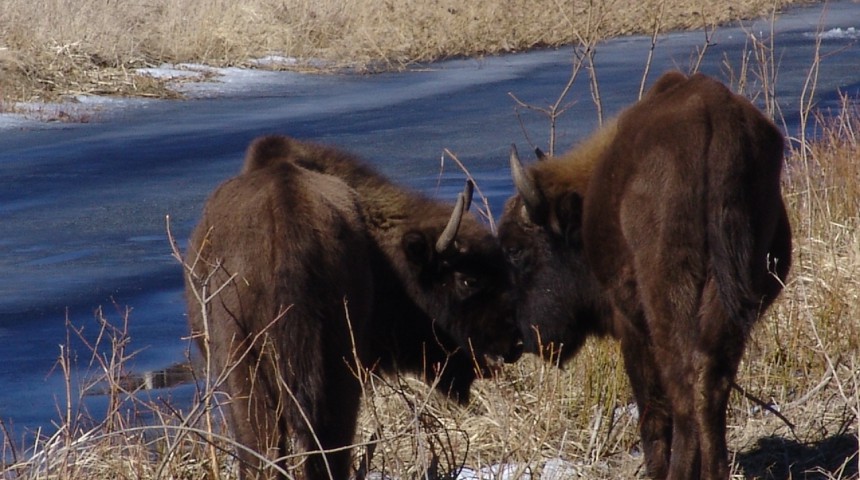 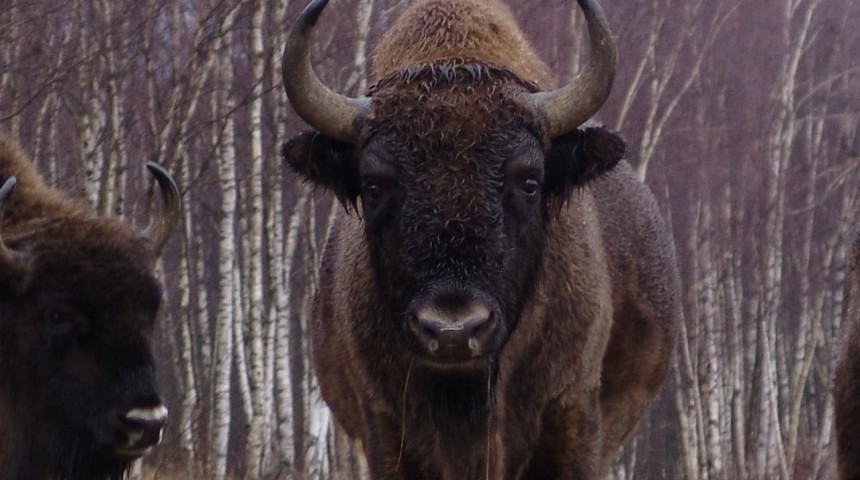