The Baltic Sea is rather shallow at the coast of the nature park. There are many flats, and the depth of 20 m is reached only 9 – 10 km from the coast. The basic colouring of the sea here is greenish, not bluish. There is kelp and red algae vegetation in the depth of 7 – 20 m of the sea.

The red algae Furcelaria lumbricalis is a substratum for the Baltic herring spawn. The Pape Pērkone district is therefore considered one of the most significant places for the Baltic herring to spawn at the coast of the open sea in Latvia. During the last five years, there have been 32 fish species found altogether in the Baltic Sea on the territory of the nature park. However, according to information of the last decades, 51 species are considered to form the total fish fauna. 23 of the fish species are being fished. The whitefish, the salmon, and the sea trout are restricted use species.  Restricted micro areas have to be created for their spawn-places.

In the autumn months, there are large storms on the coast. The most dangerous storms may set in when a southwest wind is blowing. The wave height in the sea can reach up to 10 m. Algae are stripped from the sea-bed during the storms and washed on to the beach. It has been used for improving the poor, sandy soil since long ago. Sometimes also our sun stone – amber – is washed onto the shore.

The seashore is relatively straight along the territory of the park. Only at the north there is a small and flat protrusion called by the local people the Pine Horn.

The beach is variable. Its width changes between years from 20 to 50 m. The nature park beach is shingle-pebble. A significant section is the pebbly beach that is about 2.5 km in length from Nida in the direction of Pape Ķoņu Village. There is a mire buried under the pebbly coast of the old Littorine shore stretching into the sea. This part of the beach has the status of a specially protected geological and geomorphologic object.  The type of beach near the Nida Bog has a unique form for Latvia - pieces of peat washed out of the sea-bed can be seen.

Dunes are formed by the wind blowing sand off the beach. The first simple vegetation can be seen in the places of the seashore not affected by the salty sea water: these are the water pepper (Polygonum hydropiper) and the knotted pearlwort (Sagina nodosa). Some metres further from the sea the first dune hillocks rise. These are the embryonic dunes, which is the first stage of dune formation. These are small, about 10-50 cm high sand hillocks located in the highest part of the beach or at the bottom of permanent dunes. The embryonic dunes of the Pape Nature Park are not typical, as erosion processes are characteristic for a large part of the seashore.

Closer inland, the foredunes or white dunes can be seen. They usually form dune banks parallel to the shoreline, behind the embryonic dunes or directly behind the beach. The foredunes stretch along the whole seashore in zone about 20 m wide. There are vascular plants and bush species found that are resistant to covering with sand, as active sand movement is still present in this area. In the foredune area, the endangered and protected species Beach Pea, Lathyrus maritimus, the Baltic toadflax, Linaria loeselii, and the Goatsbeard, Tragopogon heterospermus, can be found.

In small areas of the shore, from the Fishery to the estuary of the Pape Channel into the sea dune slacks, vegetation with the Baltic rush Juncus balticus is to be found, and dry heathers are found between the west side of Nida Bog and the sea.

A Dune forest is located on the shore of Pape Priediengals, where the foredunes are eroded by the sea. They serve as a natural barrier for the protection of the coast. Some 300 years ago, people were cutting down trees in the dune areas causing the extinction of dune vegetation and formation of large sand plains with the sand moving inland. Later, in order to protect the coast, the dunes were afforested mainly by planting pine trees. The oldest forests on the dunes are over 100 years old.

At the north side of Pape Priediengals, a few km long, a 2-4 m high bluff called Ceplinieku Horn can be seen opposite the massif of the ancient dunes.

The rare and protected tawny pipit, Anthus campestris, nests in the seashore and dune zone.

The dunes of the nature park are natural and virgin in many places. However, a significant disturbance of the valuable habitats can be seen in the villages and near them. The dunes have been transformed or destroyed by cars, litter and illegal building. Furthermore, there is an aggressive species Rugosa rose growing in the dunes of the area from the south border of the nature park to Priediengals Village. This spreading plant destroys the dune vegetation. In order to prevent these influences it is important to organize tourist flows, make facilitated access places to the sea in definite areas, build the nature park according to the local municipality territorial plans, comply with the nature protection regulations, as well as regularly cut the Rugosa rose and cut back its offshoots. 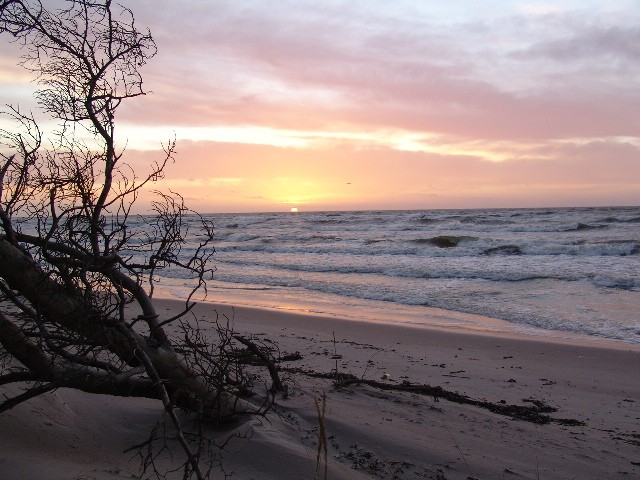 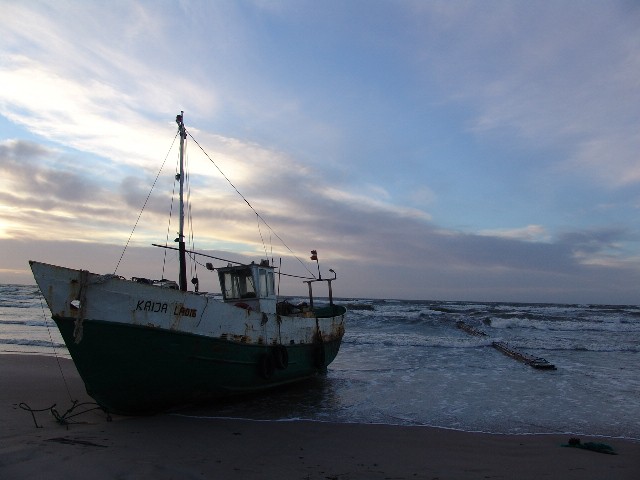 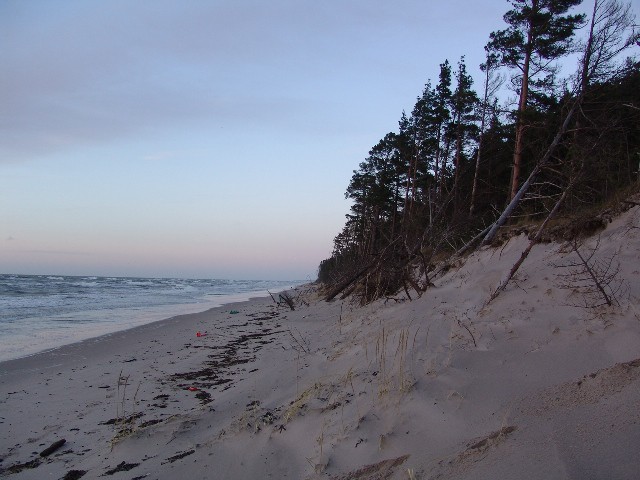 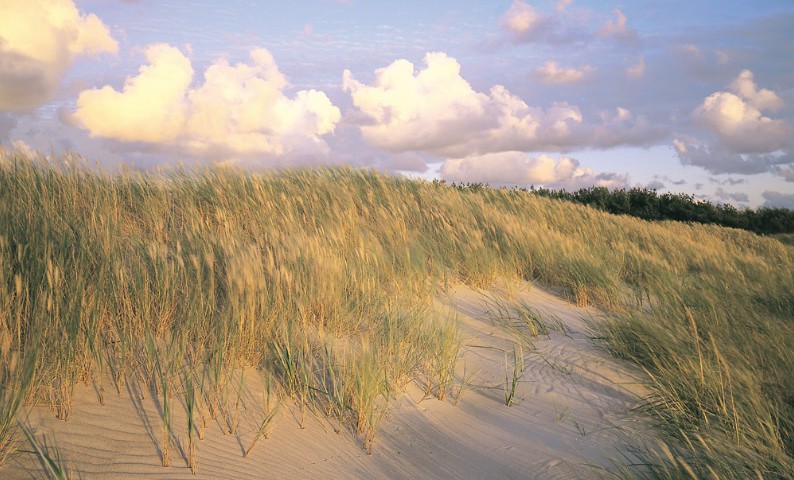