Lake Pape is a typical coastal or lagoon lake with saltwater vegetation – formed after the last ice age. The first written mention of the lake was in the agreement on the division of Courland (1253) as “die Heilige See” in German and “stagnum sanctum” in Latin. The name the holy lake has probably originated from specific Latvian ancient cult sites on its shores.

The length of the lake is 8.3 km, the width – 2.8 km, the shoreline – 40.4 km. The lake takes up a part of the Littorine Sea dip stretching from the Nida Bog in the south to Lake Liepāja in the north. The dip is detached from the sea by a narrow coastal dune zone. The bed of the lake is wide and shallow – the deepest point is about 2m but on average it is only half a metre deep. The deepest parts are found in the east part of the lake, opposite to Kalnišķi and Brušviti and the mouth of the Līgupe River into the lake.

The bed of the lake is almost all covered with a 0.5 m thick slime layer. The shoreline of Lake Pape is indented by bays and peninsulas and is variable during the high water periods. The banks are gently sloping and low, the east and the south coast is mainly sandy, the west coast is swampy, and the north coast – rocky.

There is a legend about the large amount of big rocks on the east coast of Lake Pape: “The devil was carrying stones from Jodkrante (Kurshi Inlet) to Lake Stulbais (the former Lake Meike). He had not managed to bring them to Lake Stulbais when a cock-crow was heard in the Pape Seski manor. The devil was so frightened that he let all the stones drop down along the bank of Lake Pape.”

In the following 200 years, the water level of the lake was regulated by different hydrologic regime regulation methods: building and renovating the sluice at the estuary of Lake Pape into the sea, creating Pape polder, constructing the Paurupe-Līgupe channel. Although the water level changes in Lake Pape during spring, autumn and violent storms were becoming stable because of the regulation, in the 60-ties of the last century, after the Paurupe-Līgupe channel was built, the exchange process of the lake water became worse, the flow of the salty seawater and the amount of oxygen decreased, causing an intensive process of lake overgrowth and eutrophication. Currently, the overgrowth with reed and other plants has reached 80% of the water surface area of the lake. In all, the ecological situation of the lake was made worse, disadvantageous conditions were created for the existence of birds and fish in the lake. The priority of further lake management is a partial renovation and stabilization of the hydrologic regime of the lake.

Lake Pape is rich in organic matter - a mesotrophic lake. There are sharp-leaf plants growing on the shores and bays of the lake. These are the areas of the Great Fen-sedge (Cladium mariscus) that are rather common for this territory, although a great curiosity in Latvia, as these plants can be found only on calcareous soils. These habitats are rare and protected both in Latvia and the European Union.

The fish fauna of Lake Pape is diverse and typical for shallow coastal lagoon lakes with salty water flowing in from the Baltic Sea. 12 fish species can be found in the lake: Pike, Bream, Tench, Golden Carp, Roach, Bleak, Heckel etc. Salmon, Sea Trout, Eel and Ide migrate from the sea to the lake.

Lake Pape with its surrounding territory is a significant concentration place for nesting and migrating birds, especially water birds. It is one of the most important nesting places of the protected bird species in Latvia: the Great Bittern (Botaurus stellaris), the Marsh Harrier (Circus aeruginosus), and the Little Crake (Porzana parva). The lake is also a nesting place for other bird species included in the Appendix I of the EU Birds Directive. For example one can still find the globally endangered Aquatic Warbler (Acrocephalus paludicola) at Lake Pape. The lake is a nationally significant nesting place for the reed bird Savi’s Warbler (Locustella luscinioides) (several hundreds of pairs), and the Bearded Tit (Panurus biarmicus). During the autumn migration periods, there are hundreds and sometimes even thousands of migrating cranes and geese gathering on the lake.

The increasing overgrowth of the lake with reed makes the nesting and feeding conditions of the water birds worse, especially the Great Bittern, as a mosaic of reeds with open water between them are necessary for the existence of the bird. The economic activity (reeds mowing, angling, hunting etc.) is disturbing the birds during the nesting and migration periods, so these activities are prohibited from 15th of March till 1st of June.

To improve the conservation status of the Bittern (Botaurus stellaris) in Latvia and EU according to the framework for species conservation set by EU Species Action plan, World Wildlife Fund are restoring Bittern habitats in Lake Pape. More information about COASTLAKE project can be found here. 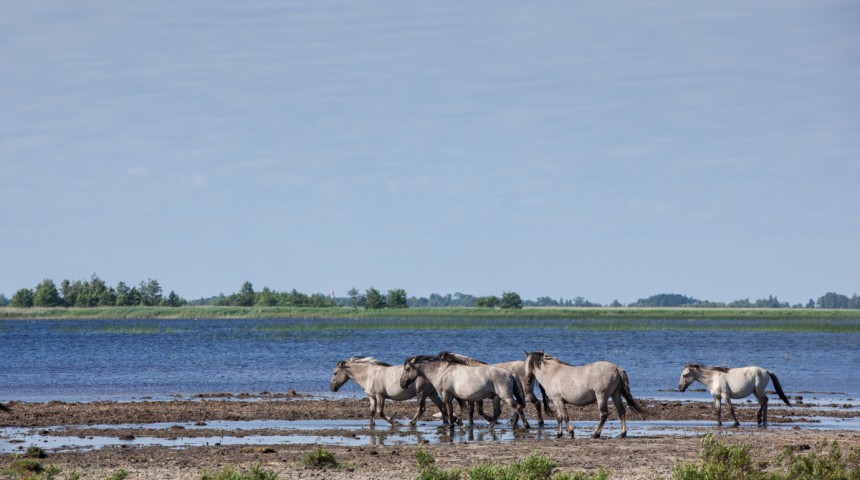 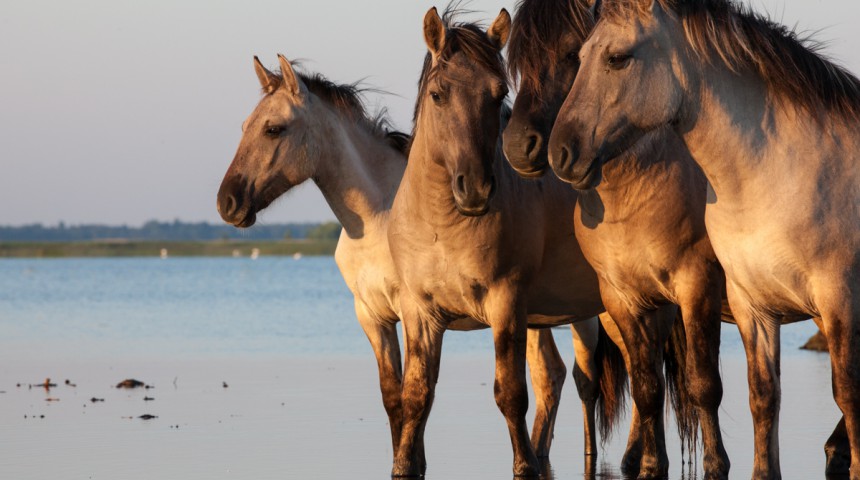 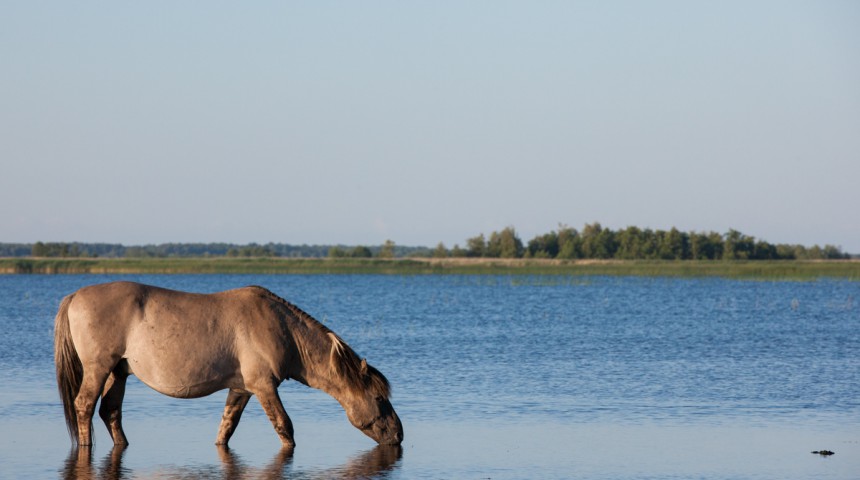 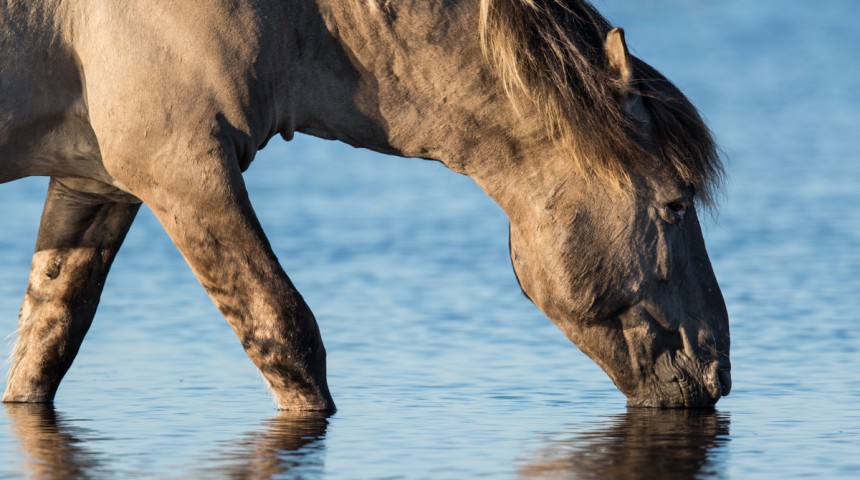 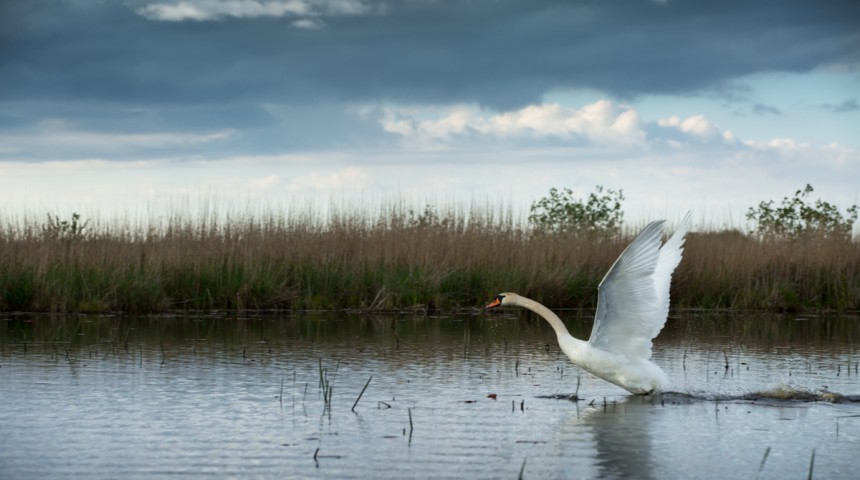 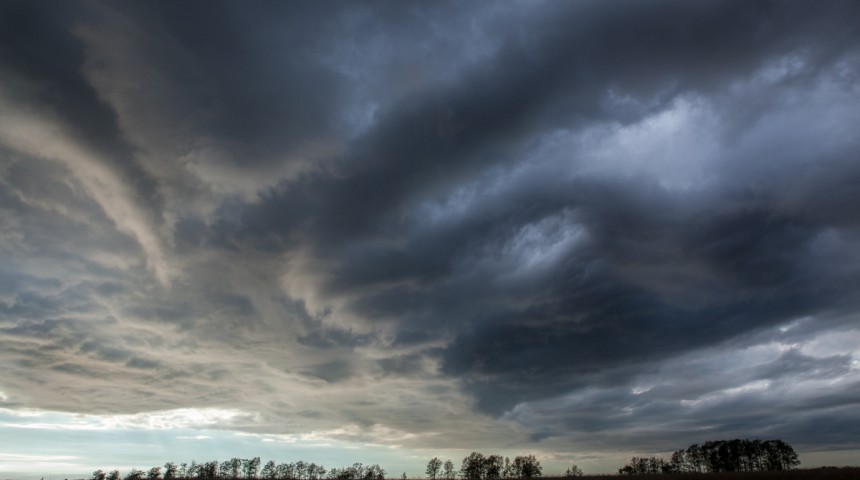 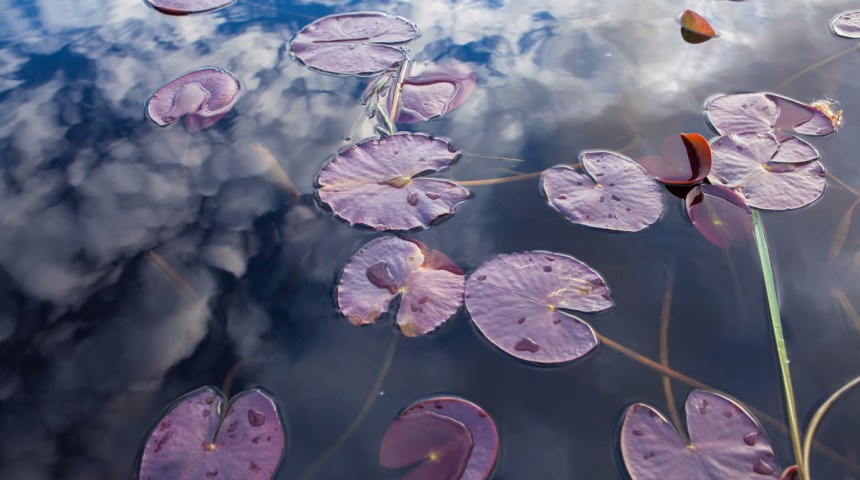 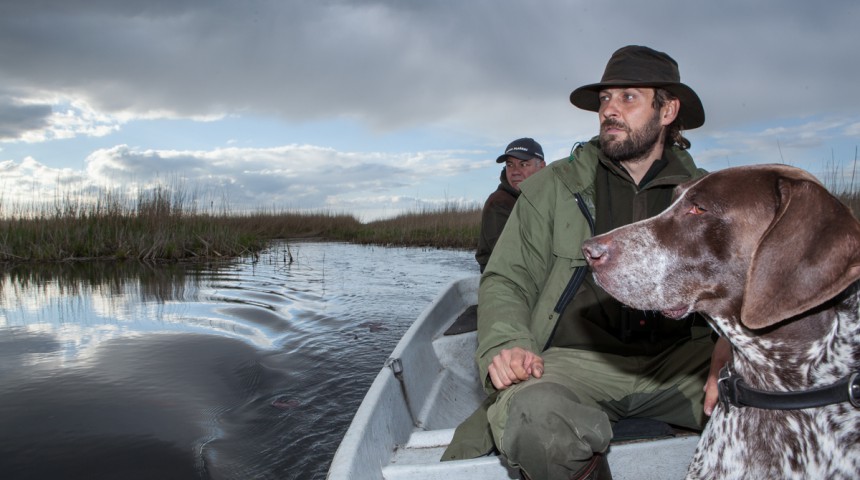 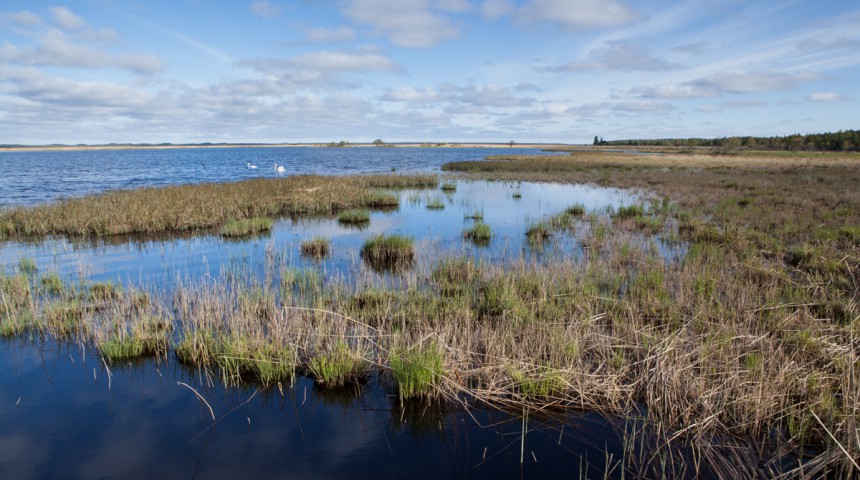 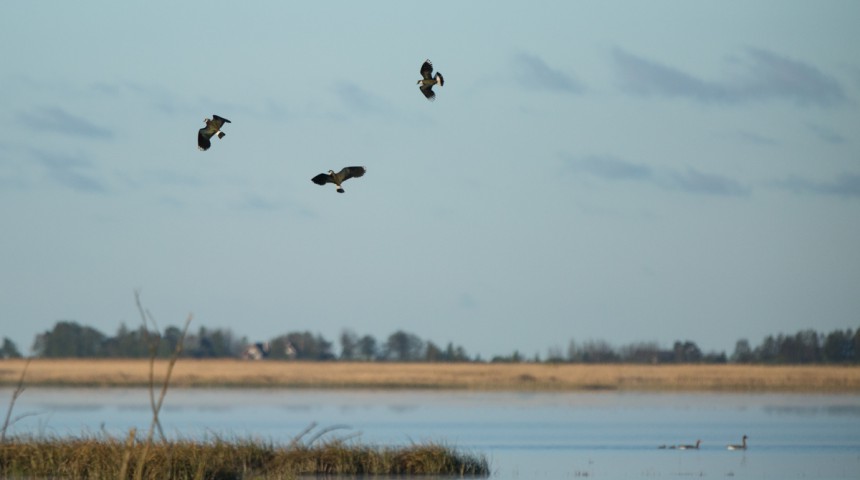