There are three inhabited areas (villages) in the modern Pape Village – Pape Ķoņu Village, Pape, and Pape Priediengals. All three coastal villages are located along the coastline, of which the two latter ones are located on the less than 2 km narrow spit between Lake Pape and the sea.

The village was first mentioned as Papissen in German, and as Popissen in Latin, in the agreement on the division of Courland in 1253.

After World War I, Pape was one of the largest shoresmen villages in Courland with more than 100 houses. The fishermen owned 60 oars, and 4 boats. During the nineteen fifties, people were fishing up to 50 to 60 km distance from the coast, and the annual catch was 50 t of cod, 10 t of Baltic herring, and 10 t of flounders. The fishing was carried out over 80 to 90 days of the year, as it was not possible to put to sea during the rest of the time.

During the Crimean War (1853-1856), border-guard cordon buildings were built for the Russian army in order to orient the Russian Empire wagons as well as help them find the depot.

In 1887, the Russian gunboat officers together with mariners hoisted a mast with a yard-arm. As darkness fell, a large kerosene lantern was attached to the yard-arm. The first wooden lighthouse was built in 1889; later, a ferro-concrete lighthouse was built instead. The height of the lighthouse at Pape is 21 m above sea-level, and in good visibility, the flashing light can be seen even from up to 30 km distant.

During storms, the fishermen did not have shelter for their boats, and accidents often occurred, which led to the construction plan of the Pape fishing harbour for 2 launches and 60 sailboats. The construction of the harbour was finished in October 1936. There were 132.61 m3 of stones, 1570.3 m3 of pebbles, 2230 m3 of timber, and 17.75 t of metal used for the construction of the harbour.  The expenditure for the building of the harbour was 354,626 lats. The southern breakwater was 413.6 m in length, and the northern breakwater – 281.9 m. These improvements made the fishing safer, while fish trading was the main source of profit, enough for the whole year. The fish were transported to the Wednesday market in Paurupe, Dunika, and Bārta, as well as by cart along the seashore to Liepāja. Cod was cured in barrels or dry-cured in the sun, and were the main resource for fishermen families during the long winter time. During Ulmanis’ rule, a fishery and a lifeboat station was built near the sluice.

The fishermen’s lives in the distant Pape were heavily affected by the changes brought by the Second World War. In January 1945, adult men were conscripted in the Soviet Army and soon sent to the front. Many of them did not return.

After the war, fishing declined on the Rucava seacoast. Fishing in the sea was banned. The former fishermen had to leave their home villages in order to find another job. Within a few years, the number of inhabitants of Pape decreased to only 60 people. The number has decreased even more until the present time. However, only about a half of the one-time farmsteads have remained in Pape. In places of the former houses, memorial planks made at the Liepāja Secondary School for Applied Arts were placed in 1985.

Due to its geographical location, Pape formed part of the western border of the sea and land of the Soviet Union. During soviet times (1940-1990), there was a military firing ground of the Soviet air-force in Pape, which was the landing place for military aircraft flying from the surrounding territory. There was also an important rocket-base.  In the northern part of Lake Pape, on the territory of the restricted area, an aircraft silhouette made of wooden parts and tyres was placed in the lake to serving as a bombing target.  Aircraft hulls were also placed in the lake. Opposite the lake, old military ships were located in the sea as bombing targets. Between the two places, there was a military centre, from where the flights and bombing were being coordinated. The flights and bombing went on until 1992. Within 200m of the sea, 10m deep craters for explosive disposal were located in the dunes. The contents of the non-disposed phosphorus bombs were buried in the ground in 1988. In the same year, during the first two weeks of March, about 440 air-force phosphorus bombs were detonated, resulting in sea pollution with white phosphorus. Many people living along the seacoast as far as Liepāja were affected. Large sums of money were spent on the clearing of phosphorus from the territory.

Local fisherman house “Vītolnieki” is a local brach of the Latvian ethnographical museum in Riga. This museum is located in Pape Ķoņi village, which is the southern part of the Pape village.

Museum characterizes the typical lifestyle of the local fisherman family in the 19th century, showing the fishing, hadrcraft tools, clothes, buildings and also 1100 years old fisherman boat (curved from wood), which was found on the Baltic sea coast after the storm in 2003. 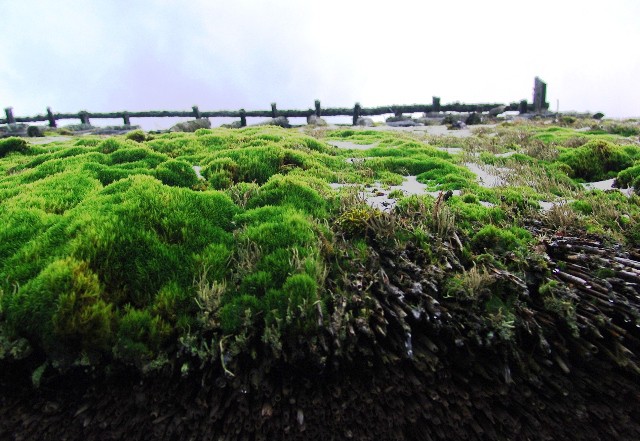 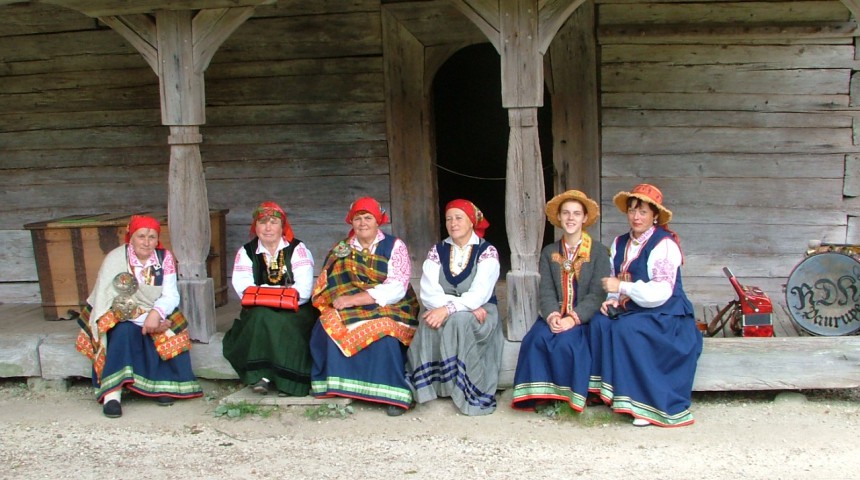